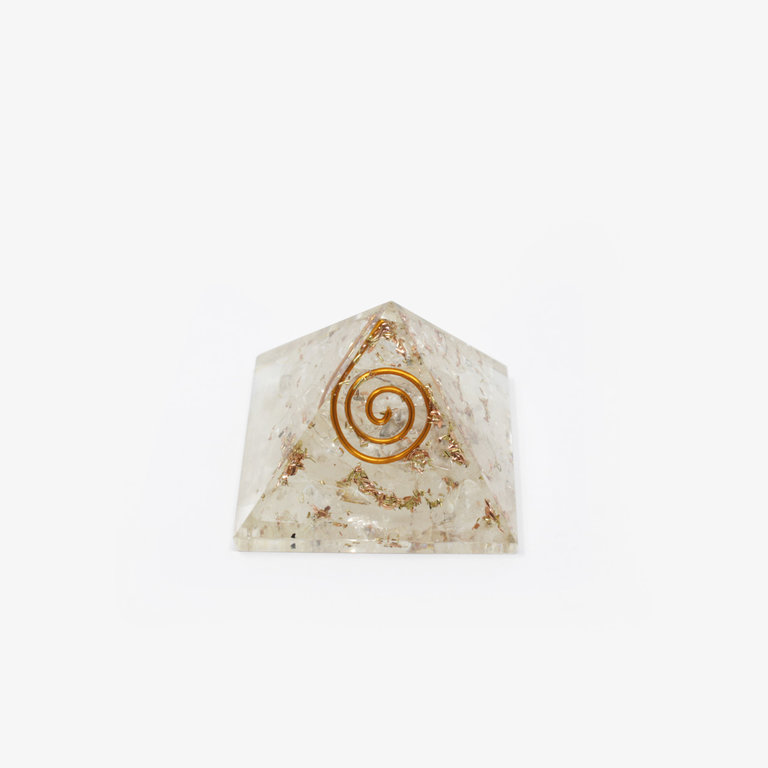 Ordinary yet extraordinary, colorful and clear, Quartz crystals are the most common and abundant in the world, comprising the largest and most diverse family in the mineral kingdom. From ancient times to the present day, quartz crystals have been a source of Light to mankind. Highly valued by spiritual leaders and healers as well as scientists, the unique attributes of quartz have played a key role in mankind' evolutionary development.

Composed of silicon and oxygen (silicon dioxide), Quartz is a key component in a wide array of minerals designated as "silicates." It occurs as prismatic hexagonal crystals in compact masses and druses, as well as in dense fibrous or grainy formations without visible crystals. It is also an important mineral element in common rock such as granite, quartzite and gneiss, and in sedimentary conglomerates like sandstone.

In the metaphysical world, Clear Quartz crystals are the supreme gift of Mother Earth. Even the smallest is imbued with the properties of a master healer teacher. Ancients believed these stones to be alive, taking a breath once every hundred years or so, and many cultures thought them to be incarnations of the Divine.

Today's healers agree, believing crystals are living beings, incredibly old and wise, and willing to communicate when an individual is open and ready to receive. Wearing, carrying or meditating with a Clear Quartz crystal opens the mind and heart to higher guidance, allowing the realm of Spirit to be transmitted and translated into the world of physical form.

Resonating at the level of an individual's needs, Clear Quartz also amplifies whatever energy or intent is programmed into it, and continues to broadcast that energy throughout the world and into the etheric realms. This may accelerate the fulfillment of one's prayers, intensify healing or spiritual growth, or simply allow the crystal to hold a pattern of energy long enough and strongly enough for the manifestation of a goal to occur.